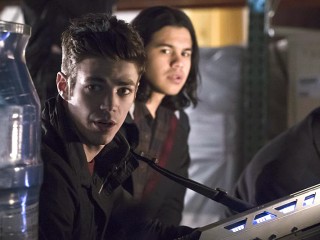 Barry struggles with life without his speed, which is further complicated when Harry is kidnapped by a super-strong meta who blames him for the particle accelerator explosion. On Earth-2, Caitlyn finds herself face-to-face with her evil doppelganger.