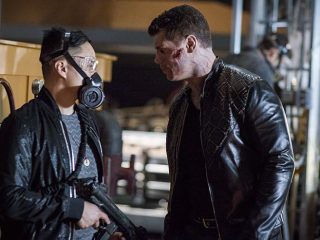 The new team has trust issues after Wild Dog defies Oliver’s orders and attacks a drug dealer, Garret Runnels, undermining a bigger operation. But Runnels’ exposure to a chemical vat leaves him unable to feel pain, and the Green Arrow must find a way to stop him. Meanwhile, Thea inadvertently embarrasses the Mayor when a TV reporter turns on her.

Now that Oliver (Stephen Amell) has his new team, they are ready to hit the streets but Oliver doesn't feel they are ready. Headstrong Wild Dog (guest star Rick Gonzalez) defies the Green Arrow's orders and sets out on his own after a new drug dealer, Garret Runnels (guest star Cody Rhodes), who is terrorizing Star City. Runnels proves more powerful than Wild Dog and it is up to the Green Arrow to go head to head with Runnels to save his teammate.