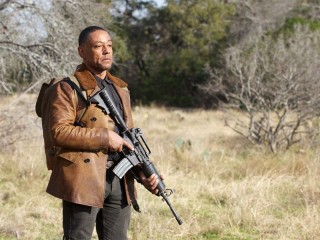 The Sochi Winter Games have taken their final bow, which means after two weeks loaded with reruns we’re back to business-as-usual with new episodes of sci-fi and fantasy all this week! Of the currently-airing genre series, only Agents of S.H.I.E.L.D. is still off this week.

Revolution returns Wednesday, putting Tom Neville and Miles Matheson together in an awkward team-up against the Patriots. Robert Knepper (Prison Break) guest stars as the villain on this week’s Arrow, and tonight on FOX it’s the penultimate episode of Almost Human. Sunday on The Walking Dead, we hope to learn more about Dr. Eugene Porter and his mission to Washington, D.C. 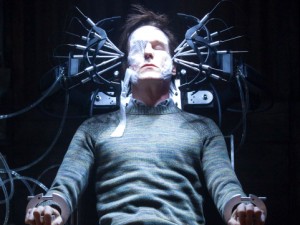 ALMOST HUMAN
FOX, 8/7c
“Beholder.” When Detective Kennex and Dorian investigate the murder of a chrome, there are no signs of trauma other than a very small pinprick on the back of his neck. As the investigation unfolds, it’s revealed that the suspect is tapping into the DNA of his victims in pursuit of perfection. 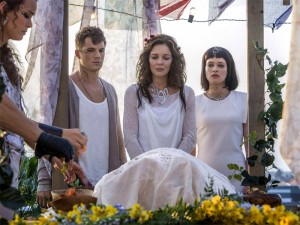 STAR-CROSSED
The CW, 8/7c
“These Violent Delights Have Violent Ends.” While Roman and Sophia prepare for a funeral after the tragedy at the Sector, Emery finds that Roman does not want anything to do with her. 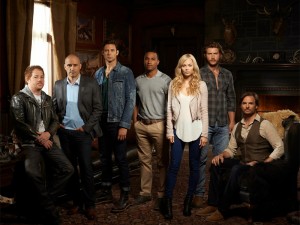 BITTEN
Syfy, 8/7c
“Stalking.” The Pack could possibly be walking into a trap when they agree to sit down and discuss a truce with the Mutt uprising and their recently revealed leader Daniel Santos. 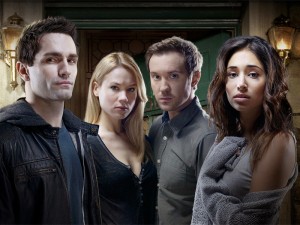 BEING HUMAN
Syfy, 9/8c
“Gallows Humor.” Sally learns more than she bargained for after going to Donna for help dealing with her latest loss. Aidan and Suzanna find themselves face-to-face with the truth about their tumultuous past. 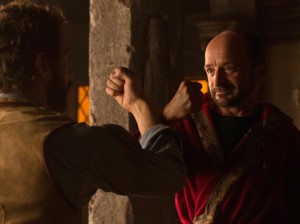 LOST GIRL
Syfy, 10/9c
“La Fae Époque.” Bo and Lauren team up to venture into Dyson’s memory when he’s on trial for a murder. 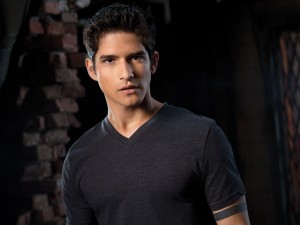 THE ORIGINALS
The CW, 8/7c
“Long Way Back From Hell.” Rebekah gets locked up in a sanatorium where she worked in 1919. A witch seeks revenge against her and plans to reveal dark secrets that could destroy Rebekah if exposed. Meanwhile, Elijah makes a decision that puts Klaus and Rebekah in further danger.

SUPERNATURAL
The CW, 9/8c
“Captives.” Sam and Dean are shocked to discover that the Men of Letters’ bunker is haunted. Their investigation leads them to a storage facility where the demons are keeping a prize possession. Meanwhile, Castiel is captured by Bartholomew. 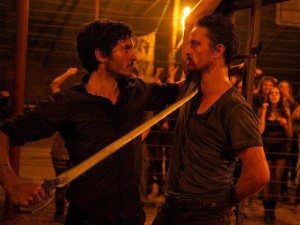 REVOLUTION
NBC, 8/7c
“Fear and Loathing.” With their lives in danger in New Vegas, Monroe and Connor face a difficult decision in order to survive. Back in Willoughby, Miles questions whether he can trust Neville and Jason to help take down the Patriots. Meanwhile, Aaron and Priscilla find themselves at odds over the nano code. 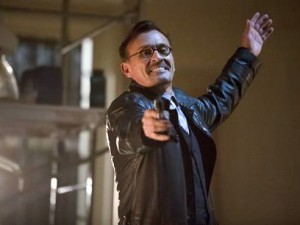 ARROW
The CW, 8/7c
“Time of Death.” When the team investigates a brilliant thief armed with technology that can open any bank vault in Starling City, Felicity puts herself in danger in an attempt to prove her worth. 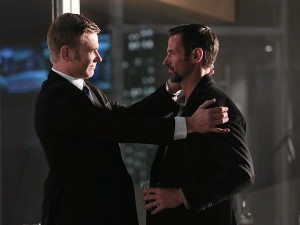 THE TOMORROW PEOPLE
The CW, 9/8c
“Brother’s Keeper.” After getting some shocking news, Stephen attempts to restore order in both his worlds by making a deal with Jedikiah. With a new break-out on the loose, Cara and Russell try to lure him in but must contend with a trap from Ultra.
THURSDAY

THE VAMPIRE DIARIES
The CW, 8/7c
“No Exit.” Damon’s behavior escalates from destructive to deadly. Stefan begins to regret their last conversation and tries to track Damon down and intervene. Meanwhile, Dr. Wes enlists the Travelers to set a trap that will test Damon’s friendship with Enzo; and a talk between Caroline and Stefan leads to a horrifying realization.
FRIDAY 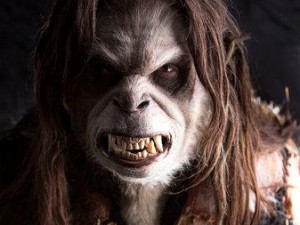 GRIMM
NBC, 9/8c
“Revelation.” Monroe fights an impossible battle to convince his parents to embrace the life choices he’s made. Meanwhile, Nick turns to Juliette to help him figure out the Wesen aspect of his cop-killing scalper investigation. 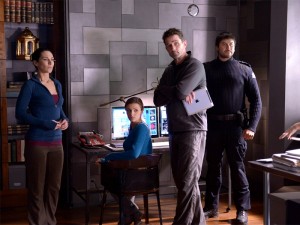 HELIX
Syfy, 10/9c
“Level X.” Secrets come to the light and unlikely alliances are established; at the same time, Alan and Walker take on a dangerous mission to destroy what’s left of the NARVIK virus.
SUNDAY 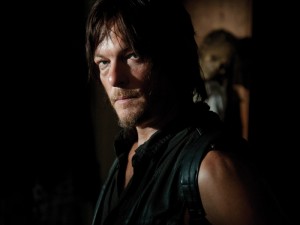 THE WALKING DEAD
AMC, 9/8c
“Still.” An enlightening mission springs from a request from one of the group members.