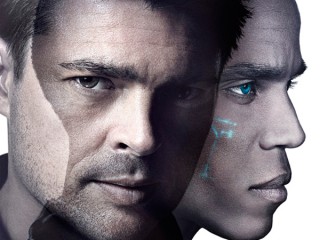 Hope you enjoyed all the mid-season finales last week! As a result most of the shows that we follow are officially off for their holiday breaks beginning this week.

But we do have a new episode of FOX’s new futuristic cop drama Almost Human to start the week, and BBC America’s fantasy drama Atlantis to wrap things up on Saturday. If you haven’t seen these series yet, it’s a great week to give them a try!

January promises to be a BIG month. Not only will several fall shows be returning, but we’ll also have other shows back on the air and several new series premieres. Stay tuned for more details.

Have you been making use of our “Sci-Fi This Week” post series this fall? Do you want to see it continue? Post a comment below and let us know!

Without further ado, here is your day-by-day schedule for this week in science fiction and fantasy television, along with details on when your favorite genre shows from the fall will be back on the schedule! 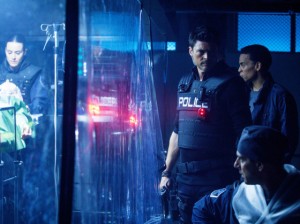 ALMOST HUMAN
FOX, 8/7c
“Arrhythmia.” After a suspicious and fatal cardiac arrest at a hospital, Kennex and Dorian learn that the victim believed someone wanted to kill him … and knew the exact time of his death. Meanwhile, Dorian reconnects with a decommissioned fellow DRN model.

Agents of S.H.I.E.L.D., The Originals, and Supernatural return in January.

Once Upon A Time In Wonderland returns in March.

Haven has concluded its fourth season. 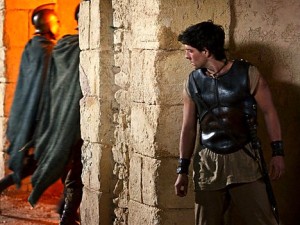 ATLANTIS
BBC America, 9/8c
“White Lies.” A night-time messenger brings news from outside the city for Ariadne, who calls on Jason and his friends to help guide her to its source. But leaving without raising the Queen’s suspicions seems like an impossible task — especially when it turns out the one who has written is Therus, Ariadne’s exiled brother.
SUNDAY

Once Upon A Time returns in March.

And with that, we bid you adieu and Happy Holidays until 2014! Keep watching new episodes of Atlantis on Saturday nights through the break.