Browse: Home / On Hiatus / Legends of Tomorrow / Season One / Leviathan 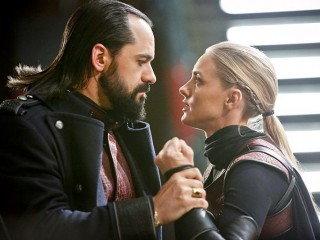 The team travels to the year 2166 in a last-ditch attempt to stop Savage only days before he kills Rip’s family, where they find Savage’s own daughter commanding his forces. While Kendra works to devise a way to kill Savage, Ray may be the only one who can save the Waverider from a giant robot weapon.

Rip (Arthur Darvill) takes the team to London in the year 2166, three months before his family is killed. He believes this to be their final opportunity to take out Savage (Casper Crump) who is, unfortunately, at the height of his power. However, the team discovers two key elements to defeating him - Savage's daughter (guest star Jessica Sipos) and the means to kill Savage once and for all. 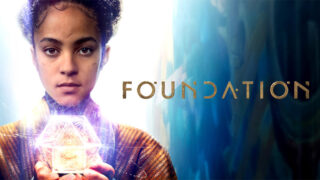