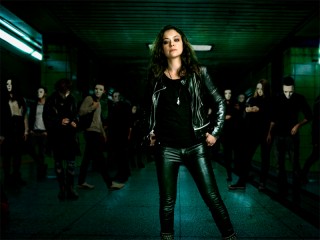 The cult hit Orphan Black is back! Tatiana Maslany returns in her multi-role turn in the fourth season of the show, which moves to Thursdays this season.

So far Sarah Manning (Maslany) has discovered that she is part of a long-term clone experiment; joined forces with her clone “sisters” from Project Leda; sought to undermine the ongoing efforts of the Dyad Institute and the Neolution movement; and squared off against a line of militarized male clones from Project Castor. In Season Four look for the introduction of a new clone — M.K. — and an ever-deepening mystery that brings Sarah around full circle to the clone who started it all: Beth Childs.

Get an early peek at the first four minutes from the episode below.

Also this week: Indigo (Laura Vandervoort) is back on Supergirl, teaming up with Non to use Kryptonian mind control on the citizens of National City. The Legends of Tomorrow meet DC’s Jonah Hex when they head to the Old West to hide out from assassins sent by the Time Masters, and on Once Upon A Time Ruby and Mulan meet none other than Dorothy in the land of Oz.

Though we won’t be including Hunters in our weekly coverage, the new alien conspiracy drama should be worth checking out when it debuts on Syfy Channel tonight. 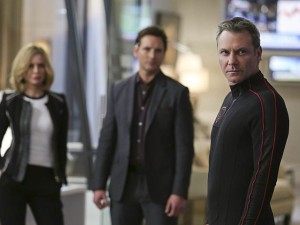 SUPERGIRL
CBS, 8/7c
“Myriad.” Kara must find a way to free her friends when Non and Indigo use mind control to turn National City’s citizens into their own army. 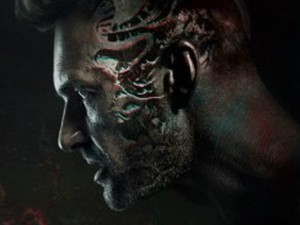 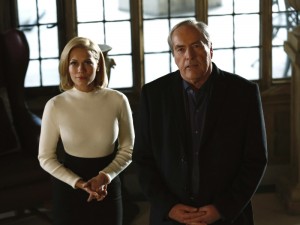 AGENTS OF S.H.I.E.L.D.
ABC, 9/8c
“Paradise Lost.” S.H.I.E.L.D. hunts for information on their dangerous new enemy, and a shameful secret from Malick’s past is exposed, threatening to destroy his Hydra legacy.

THE FLASH returns with new episodes next week. 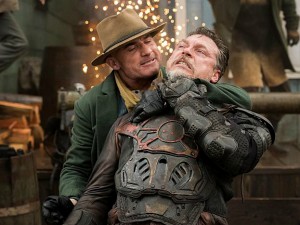 LEGENDS OF TOMORROW
The CW, 8/7c
“The Magnificent Eight.” When the team needs a place to hide out, Rip sets a course for the Old West. Upon arrival, they start a fight with a gang of outlaws, putting the small town in jeopardy. Luckily, an old friend of Rip’s, Jonah Hex, steps in to save them. 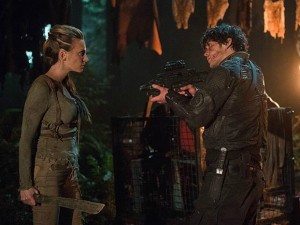 THE 100
The CW, 9/8c
“Nevermore.” Alie forces Raven’s dark side to come out, and Jasper’s anger continues to grow. Meanwhile, Octavia wrestles with her place in the world, and Monty is forced to make a split second decision. 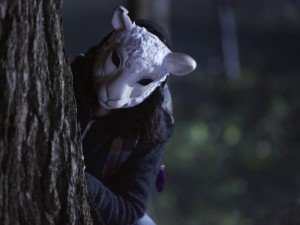 ORPHAN BLACK
BBC America, 10/9c – SEASON PREMIERE!
“The Collapse of Nature.” After two months of respite, Sarah’s hard-won refuge in Iceland is shattered by a Neolution attack. Once again forced to flee, she realizes no matter how far her family runs it will never be far enough.
FRIDAY 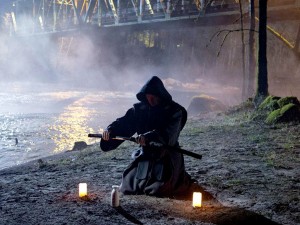 GRIMM
NBC, 9/8c
“Inugami.” When the severed head of a young man is found under a bridge, Nick and Hank find themselves on the case of Japanese Wesen acting on an ancient tradition of revenge. Elsewhere, Adalind decides to go back to work at her old law firm and has her first face-to-face with Eve.
SUNDAY 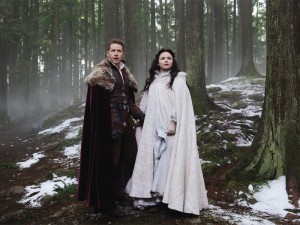 ONCE UPON A TIME
ABC, 8/7c
“Ruby Slippers.” In flashbacks, Ruby and Mulan find themselves in Oz, where they meet Dorothy. After the three witness Zelena’s return to Oz, they look for a way to defeat her once and for all. However, Dorothy mysteriously disappears, and Ruby’s search for her new friend lands her in the Underworld. Reunited with the heroes, Ruby teams up with Emma, Regina and Snow to continue looking for Dorothy. 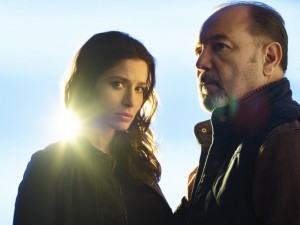 FEAR THE WALKING DEAD
AMC, 9/8c
“We All Fall Down.” The group seeks shelter with a survivalist family; and Madison tries to uncover the family’s true motives. Meanwhile, Salazar works to discover Strand’s intentions.