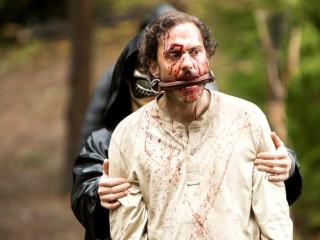 The CW’s drama line-up is back this week with brand new episodes! Team Arrow must find a way to deal with life after Oliver, “Captain Cold” returns to The Flash with a hot-headed partner, and Clarke forges a tenuous new alliance with the Grounders on The 100.

Also this week: Resurrection concludes its second season as the Returned turn against Rachel and the birth of her baby. Cole meets mental patient Jennifer Goines on 12 Monkeys, and on Grimm Nick must rescue his friend before the Wesenrein pass judgment on him. 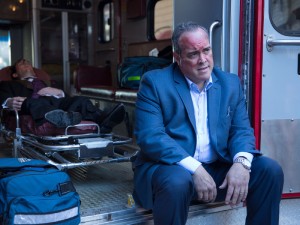 GOTHAM
FOX, 8/7c
“What The Little Bird Told Him.” In an attempt to get his job back, Gordon seeks to capture Jack Gruber, a deranged electrical genius who escapes Arkham Asylum. Meanwhile, Falcone struggles to hold onto his empire after Fish Mooney makes her next move. 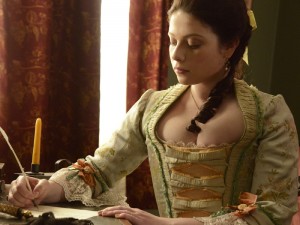 SLEEPY HOLLOW
FOX, 9/8c
“Pittura Infamante.” After the mysterious death of an art restorer at the Sleepy Hollow Historical Society Soiree, Ichabod and Katrina are reminded of a dear friend from their past — Abigail Adams. Meanwhile, Abbie is shocked by someone’s visit to the police precinct.
TUESDAY 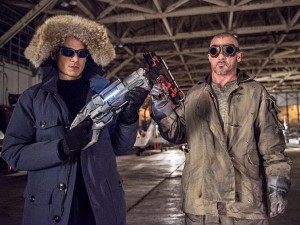 THE FLASH
The CW, 8/7c
“Revenge of the Rogues.” Leonard Snart returns to Central City with a new hotheaded partner in tow — Mick Rory, a.k.a. “Heat Wave.” The duo plan to steal a multi-million dollar painting, but Snart has another agenda while in town: to set a trap for The Flash. Meanwhile, Barry asks Dr. Wells, Caitlin and Cisco to help him double his training efforts. 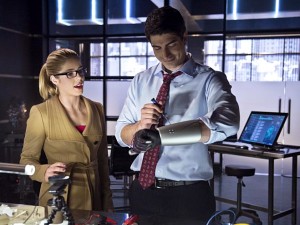 ARROW
The CW, 8/7c
“Left Behind.” In the aftermath of Oliver’s fight with Ra’s al Ghul, Diggle and Arsenal begin to fear the worst may have happened to their friend. Merlyn pays the team a surprise visit, and Thea suspects there is something more behind Oliver’s disappearance — and asks Merlyn for a favor. 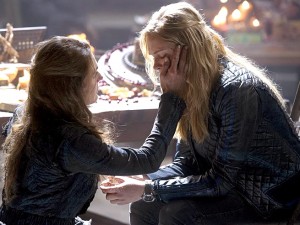 THE 100
The CW, 9/8c
“Remember Me.” Clarke strikes a deal with Lexa and Indra, while Abby and Kane begin to realize that decision making powers are out of their hands. A bold move threatens to destroy the newly formed alliance between the sky people and the Grounders, and a familiar face haunts Clarke. Meanwhile, back at Mount Weather, Monty comes up with a risky plan.
FRIDAY 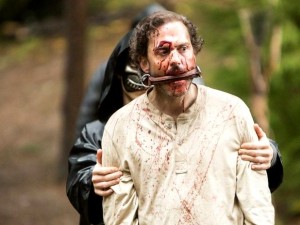 GRIMM
NBC, 8/7c
“Tribunal.” After Monroe’s abduction by the Wesenrein, Nick gathers the whole team, including Wu, to track him down and return him to Rosalee. As the search intensifies, Juliette learns more about her new reality as a Hexenbiest. 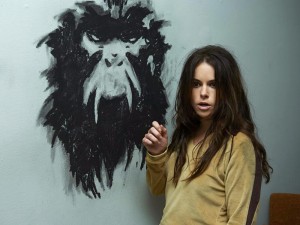 12 MONKEYS
Syfy, 9/8c
“Mentally Divergent.” Cole’s search for information about a mysterious organization known as the Army of the 12 Monkeys leads him to a mental institution in 2015, where there’s a patient who holds the key to the plague that will destroy the world. Meanwhile, Dr. Railly risks her life and disrupting the course of history to help Cole. 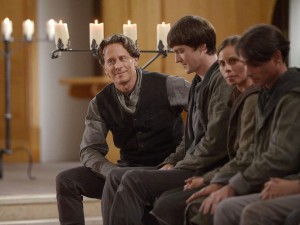 HELIX
Syfy, 10/9c
“Reunion.” The CDC team continue to investigate the island; at the same time, they discover Peter’s brother, Alan, is a member of Brother Michael’s cult, and his warnings for them to leave the abbey fall on deaf ears.
SUNDAY 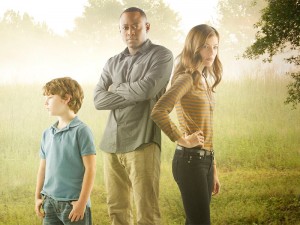 RESURRECTION
ABC, 9/8c – SEASON FINALE!
“Love In Return.” Preacher James and his congregation of Returned all descend upon the Langston house to stop Rachael’s baby from being born. Trapped inside, Bellamy, Henry and Fred arm themselves for a fight and are determined to protect their own and save this baby. But looming over all of them is the same question — are any of them really ready to face the implications of what this might bring?