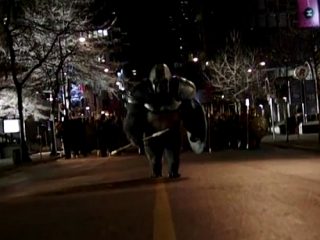 Grodd leads the army of Gorilla City in seeking vengeance on Central City and Earth-1, and the team scrambles to figure out how to locate and stop him. Jesse clashes with her father after telling him that she plans to stay on Earth-1.

THE EPIC CONCLUSION TO THE TWO-PART BATTLE WITH GRODD

When Grodd (voiced by David Sobolov) and his army of gorillas bring the battle to Earth-1, The Flash (Grant Gustin) and team must find a way to stop them before they destroy Central City. Gypsy (guest star Jessica Camacho) returns to join the fight. Meanwhile, Jesse Quick (guest star Violett Beane) decides she wants to stay with Wally (Keiynan Lonsdale) on Earth-1.

Dermott Downs directed the episode with story by Todd Helbing and teleplay by Benjamin Raab & Deric A. Hughes (#314).