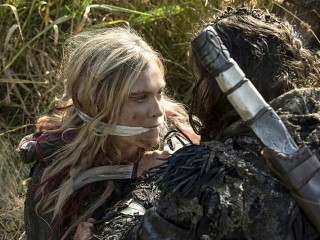 Kane’s recon group crosses paths with some familiar faces while searching for Clarke, who has been captured by a member of the dangerous Ice Nation. Murphy and his friend Emori reconsider their part in Jaha’s plan, while Abby takes a patient into Mount Weather to try and save his life.