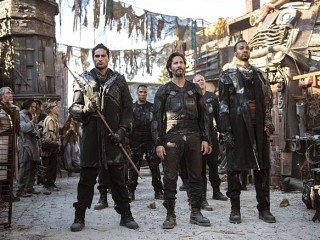 Written By:
Kim Shumway
Directed By:
Antonio Negret
Our Rating:

Clarke is confronted by Lexa’s past betrayal when the Grounders ask the Sky People to join their coalition. Bellamy learns that the Ice Nation has sent an assassin to the summit between clan leaders, and at Mount Weather Raven leads a team to try and unlock the missile defense system.