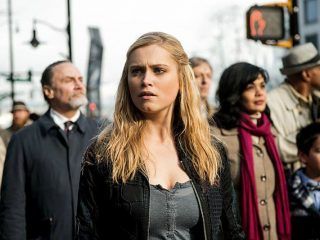 Written By:
Jason Rothenberg
Directed By:
Dean White
Our Rating:

With no options left Clarke takes drastic actions to try and retrieve the code to Alie’s kill switch, while her friends work to secure the tower from the onslaught of Alie’s forces.

PART TWO OF THE SEASON FINALE