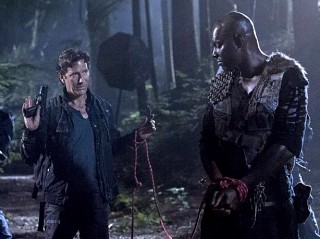 Written By:
Charlie Craig
Directed By:
Ed Fraiman
Our Rating:

After Clarke is reunited with her mother, she learns that Finn is on a dangerous mission to rescue her — and launches a rescue mission of her own. Kane attempts to make peace with the Grounders, and Jasper agrees to participate in a risky experiment.