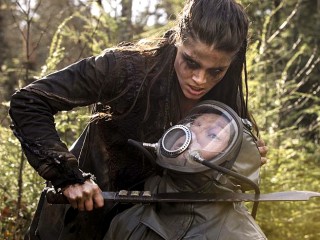 Written By:
Charlie Craig
Directed By:
P.J. Pesce
Our Rating:

Bellamy is subject to horrifying conditions after infiltrating the mountain, while an exasperated Jasper confronts President Wallace. After Clarke is nearly killed by a sniper the Ark ends up holding an enemy prisoner.