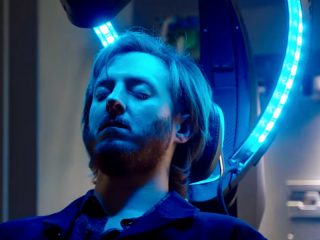 The race is on to 1967 where the Legends must beat Darhk and Merlyn — a.k.a. the “Legion of Doom” — to Rip Hunter, who is now a film student after erasing his memories. While the enemy seeks a piece of the powerful Spear of Destiny Rip was believed to possess, Rory asks Martin for help getting rid of his visions of Snart.

When Damien Darhk (guest star Neal McDonough) and Malcolm Merlyn (guest star John Barrowman) try to capture Rip Hunter (Arthur Darvill) in 1967, they create an Aberration big enough to draw the attention of the Legends. However, when the team arrives they discover that Rip has no memories of his past due to "time drift" and is just a graduate film student. After trying to convince Rip of who he was, they discover that he possesses an incredibly powerful artifact known as the Spear of Destiny, which the Legion of Doom is after. Ray (Bradon Routh) and Nate (Nick Zano) realize that the Aberration has also affected them personally making it difficult to help the team. Meanwhile, Rory (Dominic Purcell) asks Stein (Victor Garber) for help and makes him promise to keep it a secret from the team.