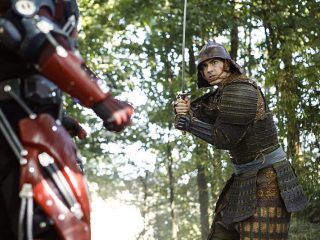 Nate finds himself in feudal Japan, taken in by a peasant woman but unable to control his newfound powers. When the team arrives in search of him, they find that a local shogun has co-opted the Atom suit for his own purposes.

Nate (Nick Zano) is shocked to learn that he has powers but then accidentally lands himself and Ray (Brandon Routh) in Feudal Japan. After Sara (Caity Lotz) convinces their stowaway Amaya (Maisie Richardson-Sellers), AKA Vixen, that Rory (Dominic Purcell) is not a murderer, they all agree to find Nate and help him master his powers in order to defend the Japanese village from the Shogun and his army of samurai warriors. Meanwhile, Jax (Franz Drameh) and Stein (Victor Garber) stay back to help fix the ship and find a secret compartment but decide not to tell the rest of the team what they learn.