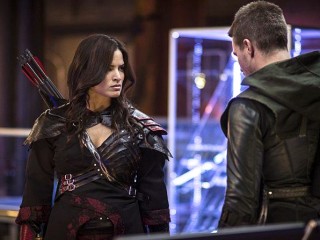 Nyssa arrives in Starling City and is stunned to learn of Sara’s fate, joining Oliver and the team in tracking down a man believed to be dead: Malcolm Merlyn. Meanwhile Thea returns to town, and Oliver and Laurel have a dispute over how to take revenge.