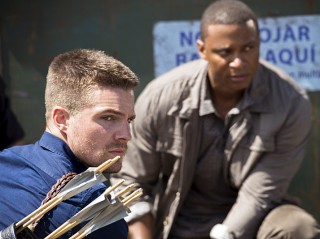 Oliver tracks Thea to the island of Corto Maltese, where he hopes to convince her to home home — even if he has to reveal his secrets. Meanwhile Lyla asks Diggle to go along in search of one of her field operatives, who has gone dark.