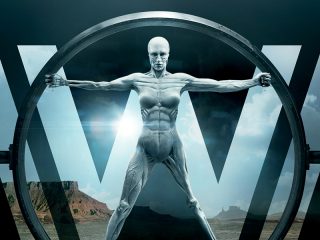 HBO leaps from fantasy into the deep waters of science fiction this week. On the heels of Game of Thrones‘ epic 12 Emmy wins, the premium cable network is getting ready to launch another hotly anticipated adaptation: Westworld (Sunday, 9/8c).

Based on the feature film by Michael Crichton, Westworld is set in a futuristic “amusement” park populated by artificial life forms, where patrons can fulfill their wildest (and most debased) fantasies. But the android residents are beginning to learn just what they are — and that means trouble.

Also this week: AMC’s Fear the Walking Dead has reached the end of its second season, having improved leaps and bounds over its sluggish freshman outing. With the apocalypse now weeks behind them the survivors have sought out temporary safe havens, as the show explores the sort of early reactions to the dead (Are they still family? Should we care for them?) that the parent series never did.

This week Fear makes its 2016 exit with a double-episode finale. Nick debates whether or not to leave Colonia or to stay with Luciana, while Travis causes unrest at the hotel.

Also this week: On Gotham Fish Mooney is on the warpath looking for Hugo Strange, and Gordon forms a partnership with newcomer Valerie Vale. S.H.I.E.L.D. introduces its new director in actor Jason O’Mara (Terra Nova), and Syfy kicks off a brand new post-apocalyptic series with Aftermath — where a family struggles to survive a transformed world filled with supernatural powers.

Here’s your guide to this week’s science fiction and fantasy television: 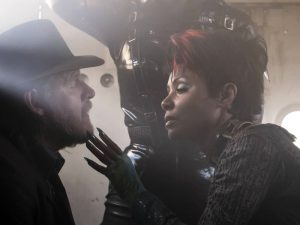 GOTHAM
FOX, 8/7c
“Burn the Witch.” Fish Mooney takes matters into her own hands to locate Hugo Strange, forcing Gordon to reluctantly team up with journalist Valerie Vale to find her. Penguin rises in popularity after criticizing the work of the GCPD and Bruce’s investigation of the Court of Owls is compromised. Meanwhile, Ivy Pepper is reintroduced into Gotham city.
TUESDAY 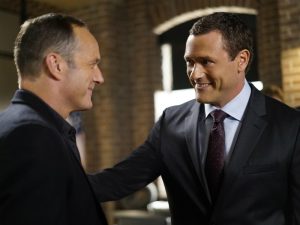 AGENTS OF S.H.I.E.L.D.
ABC, 10/9c
“Meet the New Boss.” Daisy goes to battle Ghost Rider at a terrible cost, and Coulson faces the new Director, and his bold agenda surprises them all. 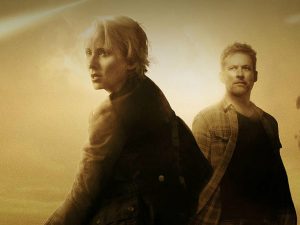 AFTERMATH
Syfy, 10/9c – NEW SERIES PREMIERE!
“Rvl 6768.” A married couple and their three children attempt to survive amidst apocalyptic events, including catastrophic weather and the appearance of paranormal beasts, which threaten to bring about the end of civilization.
SUNDAY 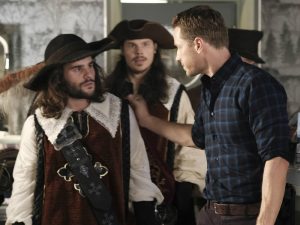 ONCE UPON A TIME
ABC, 8/7c
“A Bitter Draught.” When a mysterious man from the Land of Untold Stories, who has a past with the Evil Queen, arrives in Storybrooke, David and Snow work together with Regina to neutralize the threat. Belle seeks Hook’s help finding a safe place to hide away from her husband, Mr. Gold. The Evil Queen continues to try to win Zelena over to her side, while Emma resumes her therapy sessions with Archie and shares her terrifying vision of the future. 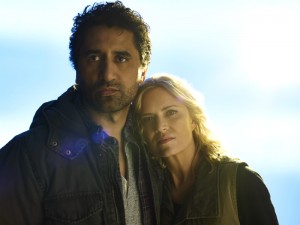 FEAR THE WALKING DEAD
AMC, 9/8c – 2-HOUR SEASON FINALE!
“Wrath.” New refugees throw off Travis; Nick must decide if he should stay at the Colonia with Luciana or leave.

“North.” When Travis’ rage causes unrest at the hotel, Madison has to choose whether or not she will stand by him; Nick becomes leader of the Colonia as Narcos close in. 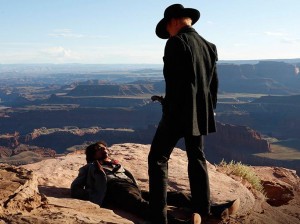 WESTWORLD
HBO, 9/8c – SERIES PREMIERE!
“The Original.” In the premiere of this sci-fi drama set in an Old West theme park where guests interact with automaton “hosts,” the park’s head of programming is alarmed by subtle changes in some of their main attractions, and a rancher’s daughter is reunited with a gunslinger even though her father might not approve.