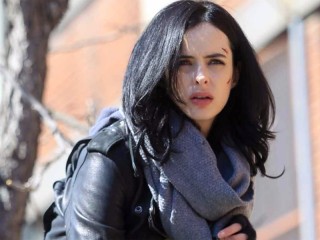 The streaming service said that Jessica Jones will be back for more after a successful first outing. Season One debuted in November and is now streaming, with a total of 13 episodes.

Currently streaming its first season on Netflix, Marvel’s Jessica Jones is a suspenseful, edgy look into the life of Jessica Jones, one of the most popular new Marvel characters of the last decade. After a tragic ending to her short-lived Super Hero stint, Jessica Jones is rebuilding her personal life and career as a private investigator in New York City’s Hell’s Kitchen neighborhood.

The service has not yet specified the number of episodes, returning cast, or a premiere window for Season Two. Marvel’s Daredevil will premiere its second season in March, while spin-off Luke Cage (starring Colter) also debuts later this year.

While Netflix doesn’t announce ratings data for its shows, third parties have recently speculated that Jessica Jones‘s numbers are in the neighborhood of 4.8 million viewers ages 18 to 49.

Keep up with Marvel’s Jessica Jones with our show guide, and stay tuned to SciFi Stream for full coverage as we get closer to The Defenders mini-series event!