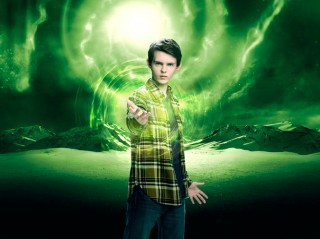 NBC’s revival of Heroes will conclude with next week’s finale.

“As far as I know there are no more incarnations of Heroes coming,” NBC entertainment chairman Robert Greenblatt told reporters today. He said that it was always the plan to make just one season, “unless Tim [Kring] woke up one day and said, ‘Oh, I have another chapter to tell.’”

The show was initially announced in 2014 as a limited-run series. But as the premiere drew closer NBC promoted it like any other show, which only suggested the obvious: If it did well and the producers wanted to make more, the show could certainly be renewed for another season.

Now Reborn will simply be a “one-and-done” limited outing.

The series premiered in September to solid 6.1 million viewers and 2.0 demo rating, according to TV Line, and despite sinking to 3.7 million (1.0) last week it has continued to enjoy a good DVR lift.