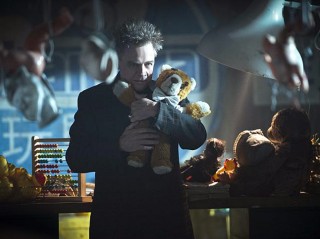 Before you go and see him in next week’s world premiere of Star Wars: The Force Awakens, keep an eye out for actor Mark Hamill in this week’s mid-season finale of The Flash.

Hamill reprises his role of the villainous Trickster, which he played back in the original 1990s Flash and in last March’s episode “Tricksters.”

As Christmas draws closer it’s finale week for several of our favorite shows. This week it’s also the mid-season breaks for Agents of S.H.I.E.L.D., with Coulson following a Hydra unit through the portal to the alien world; and for Arrow, where Oliver moves against H.I.V.E. and Damien Darkh retaliates in a devastating way.

It’s also the last Grimm of 2015, and Monroe is concerned when criminals appear to be targeting Wesen-owned businesses. 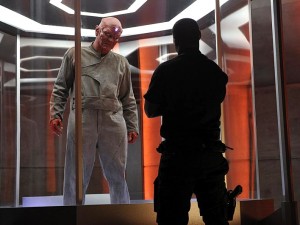 SUPERGIRL
CBS, 8/7c
“Human for a Day.” Kara and her friends must rely on their inner strength and courage when an earthquake strikes National City. Also, Alex’s mistrust of Hank reaches a breaking point when the earthquake traps them in the DEO with Jemm, a powerful alien escapee.
TUESDAY 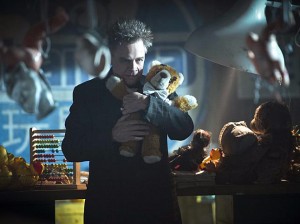 THE FLASH
The CW, 8/7c – MID-SEASON FINALE!
“Running to Stand Still.” When Mark Mardon AKA The Weather Wizard returns to break Leonard Snart AKA Captain Cold and James Jesse AKA The Trickster out of Iron Heights, Barry must stop these rogues from taking over Central City during Christmas. Meanwhile, Joe and Iris meet Wally West. 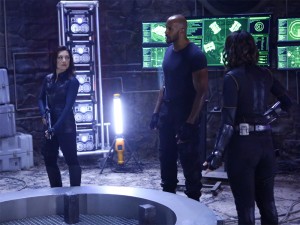 AGENTS OF S.H.I.E.L.D.
ABC, 9/8c – MID-SEASON FINALE!
“Maveth.” S.H.I.E.L.D. and Hydra go head-to-head in a battle that will change Coulson’s world forever. While Daisy and her team of Inhumans fight to keep Hydra at bay, Coulson and Fitz take the ultimate risk.
WEDNESDAY 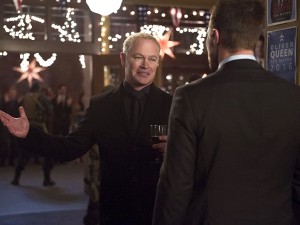 ARROW
The CW, 8/7c – MID-SEASON FINALE!
“Dark Waters.” After the city is attacked again, Oliver makes a bold move against HIVE. Malcolm checks in on Thea and leaves her with a warning. Things take a horrible turn when Damien Darhk retaliates in a brutal manner at Oliver’s mayoral holiday party.
THURSDAY 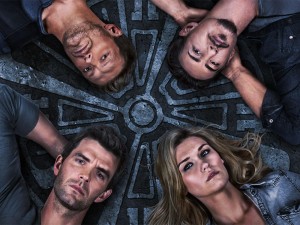 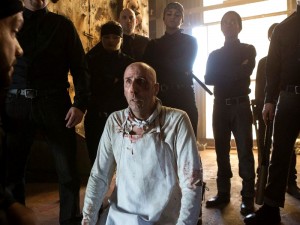 GRIMM
NBC, 9/8c
“Wesen Nacht.” Monroe might be in danger when Wesen business owners are targeted in a string of attacks being investigated by Nick and Hank. Meanwhile, Truble catches Nick and Adalind up on her recent activities; and Capt. Renard becomes involved in local politics when he endorses a candidate.
SUNDAY

THE LIBRARIANS
TNT, 8/7c
“And the Point of Salvation.” The Clipping Book sends the team to a high-tech research facility, where the researchers have been turned into mindless monsters by some bizarre power source in the center’s lab. When they disconnect the artifact, however, they find themselves stuck in a time loop.