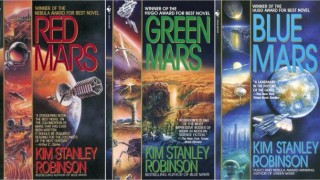 Kim Stanley Robinson’s beloved trilogy of hard science fiction novels is getting the TV treatment, with none other than Babylon 5 and Sense8 writer-producer J. Michael Straczynski at the helm.

As we reported back in January, Straczynski has been developing Red Mars for U.S. cable network Spike TV. Today Spike announced that it has bypassed the pilot process and ordered the show straight to series.

The series will chronicle a mission to colonize and terraform the planet Mars to be habitable to humans, led by a group of settlers who are relative strangers to one another, and who competed to be a part of the mission.

Robinson’s Red Mars was first published in 1993, followed by Green Mars in 1994 and Blue Mars in 1996. The books have won the prestigious Nebula and Hugo Awards for science fiction, and have been translated into 21 languages. 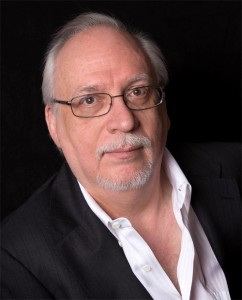 “The heart and soul of Red Mars is about humanity,” Spike’s executive VP of original series Sharon Levy teased. “This group of strangers must find a way to live together and survive under the most daunting conditions mankind has ever faced to become the first living generation of Martians. They will be each other’s greatest source of strength — and if they can’t coexist — the greatest reason for failure.”

The 10-episode first season will begin production next summer and premiere in January 2017.

Stay tuned to SciFi Stream for more on the show in the months ahead!