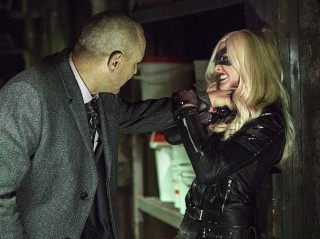 It’s the day we’ve been waiting for since Arrow announced that Oliver’s ex would be named “Dinah Laurel Lance.” That younger sister was a head-fake, yo: This week the real Black Canary is born, as Roy and Diggle worry about Laurel hitting the streets as a masked vigilante.

Also this week: the Gotham Police Department has a key witness turn up dead, while Dr. Wells’ former protégée turns up seeking revenge on The Flash. Bellamy and Lincoln hatch a plan to break into Mount Weather, and on Helix Jordan and Peter head into the dangerous jungle to retrieve vital specimens. 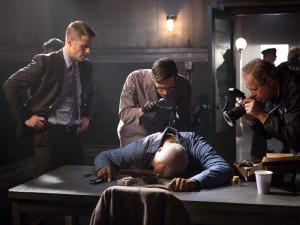 GOTHAM
FOX, 8/7c
“Welcome Back, Jim Gordon.” When the key witness in a homicide ends up dead while being held for questioning by the police, Gordon suspects that it’s an inside job and looks to an old friend for information. Meanwhile, Oswald Cobblepot takes control of one of Fish Mooney’s prized possessions, as she gets a gets a small taste of her own medicine. 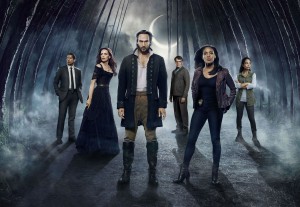 SLEEPY HOLLOW
FOX, 9/8c
“Kali Yuga.” With the help of Ichabod, Abbie and Jenny, Nick Hawley faces off against his evil childhood caretaker, and Captain Frank Irving adjusts to his new … life?
TUESDAY 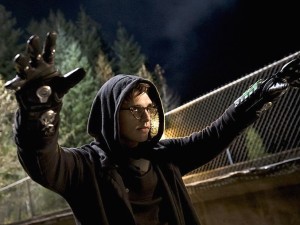 THE FLASH
The CW, 8/7c
“The Sound and the Fury.” Dr. Wells’ former protégée, Hartley Rathaway, returns to seek revenge on his mentor after being affected by the particle accelerator explosion. Now able to manipulate sound waves, the brilliant Rathaway is a dangerous threat to both Wells and The Flash. Meanwhile, Iris is thrilled when she’s hired by the Central City Picture News as their newest cub reporter.

AGENT CARTER
ABC, 9/8c
“The Blitzkrieg Button.” Peggy may be in more trouble than usual when fugitive Howard Stark suddenly returns for mysterious reasons. And Chief Dooley chases a new clue all the way to Europe that threatens to destroy Peggy’s future at the SSR.
WEDNESDAY 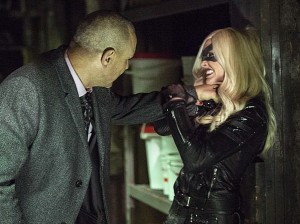 ARROW
The CW, 8/7c
“Midnight City.” Arsenal and Diggle confront Laurel about trying to step into her sister’s shoes and warn her to stop before she gets herself killed. However, when Brick kidnaps the city’s Aldermen and threatens to kill them all unless the police evacuate The Glades, it’s all suits on deck. 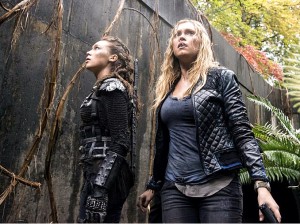 THE 100
The CW, 9/8c
“Survival of the Fittest.” Lives are at risk as Clarke and Lexa encounter a new emeny. Bellamy and Lincoln agree to work together to break into Mount Weather. Murphy helps Jaha confront his past. Meanwhile, Indra makes Octavia an offer she can’t refuse.
FRIDAY 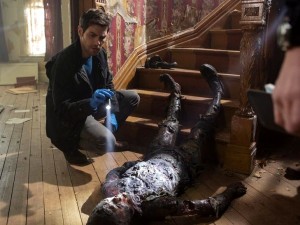 GRIMM
NBC, 8/7c
“Death Do Us.” Monroe and Rosalee are finally off on their honeymoon, but that doesn’t mean trouble isn’t stirring in Portland. Nick and Hank are called to a shocking homicide at an abandoned residence many Portland locals think is haunted, even the survivors swear a ghost committed the murder. Meanwhile, on the heels of Juliette’s startling revelation Captain Renard seeks the help of a mystical woman from his past. 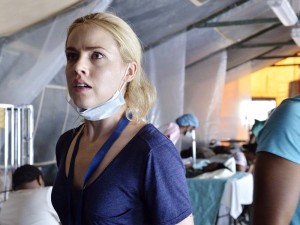 12 MONKEYS
Syfy, 9/8c
“Cassandra Complex.” Cole’s search for the location of the virus leads him to 2014, and to a devastating moment in Dr. Railly’s life involving a dangerous outbreak in Haiti. 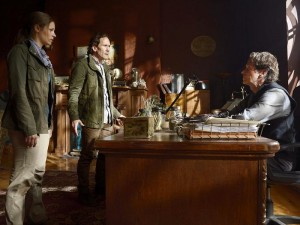 HELIX
Syfy, 10/9c
“Scion.” Jordan and Peter travel outside the safety of the abbey to retrieve some specimens and discover just what’s living in the woods; at the same time, Sister Amy plots to make the CDC team leave forever.