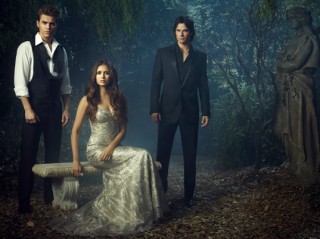 Halloween night last Thursday helped to scare viewers away from their televisions, and competition from the conclusion of the 2013 World Series was no help either.

Several shows took the week off, due to both the end of the baseball season (which aired on FOX) and the holiday. That includes Sleepy Hollow, Agents of S.H.I.E.L.D., and Once Upon A Time In Wonderland. Those that did stick around … well, let’s just say that the end of October isn’t exactly famous for soaring ratings numbers.

That said, as we head toward November sweeps, there are one or two bright spots in last week’s ratings race.

Predictably, Halloween night wasn’t great for the Thursday night shows. The Vampire Diaries was the only genre show to air a new episode that night, and it also took the biggest hit in its live viewership. Wednesday did little better for The CW, with both Arrow and The Tomorrow People down double-digits against the final game of the World Series (19.2 million viewers). Things aren’t looking great for the latter, which is officially turning in basic cable-level numbers. 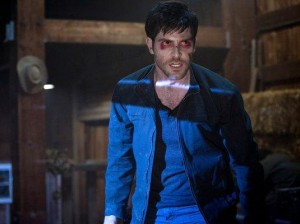 Grimm lost nearly a fifth of its big season premiere audience in its second week — not a good sign, but the show isn’t exactly in danger. It’s still ahead of NBC’s Wednesday night fizzler Revolution. But Grimm‘s new Friday night lead-out Dracula lost nearly one-third of that audience, with 3.39 million (1.3 demo rating).

On the plus side, The Walking Dead‘s initial drop off its record-setting season premiere lasted only two weeks. Last week’s broadcast of the fourth episode of the new season was up a tick (beating Sunday Night Football in the 18-49 demo for the second week running), and certainly AMC would be happy to see the show stay north of 13 million. That would make the Season Four average higher than the Season Three record.

Viewership for the highest-rated genre show of the week was more than double every other sci-fi and fantasy show on television, with the exception of Once Upon A Time. That’ll change this week, when network stars like Agents of S.H.I.E.L.D. and Sleepy Hollow return with new episodes.