Browse: Home / On Hiatus / The Orville / Season Two / The Road Not Taken 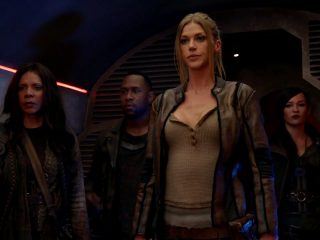 Written By:
David A. Goodman
Directed By:
Gary Rake
Our Rating:

In an alternate timeline Ed Mercer and Gordon Malloy fight to survive in a galaxy overrun by the Kaylon — until Kelly shows up with a pirate ship and a plan to undo her fateful decision.

THE CREW MUST CONTEND WITH THE DISASTROUS FALLOUT FROM KELLY'S DECISION ON THE ALL-NEW SEASON FINALE OF "THE ORVILLE" THURSDAY, APRIL 25, ON FOX