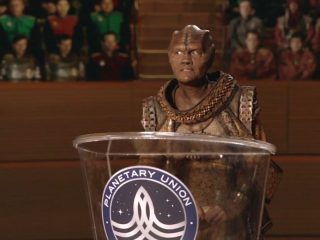 Written By:
Joe Menosky
Directed By:
Jonathan Frakes
Our Rating:

The Orville transports a pair of Moclans who are smuggling secret cargo, leading the crew into a revelation that could reshape the Union.

ED DISCOVERS THAT MOCLANS ABOARD THE ORVILLE ARE HARBORING A SECRET ON AN ALL-NEW "THE ORVILLE" THURSDAY, APRIL 11, ON FOX