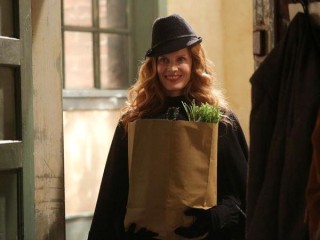 Neal finds himself back in Storybrooke and yearns for a way to reconnect with his son Henry, whose memories of his father are gone, while also trying to find his own father, Rumplestiltskin, whom he has just learned is alive but missing, and Regina discovers a possible connection with Robin Hood. (ABC)