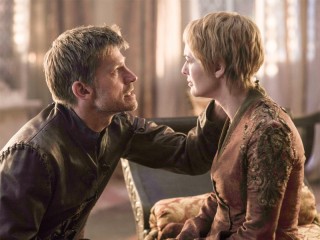 Ser Davos tries to defend Jon Snow’s body inside Castle black, while Sansa finds it difficult to elude the Bolton forces. Jaime’s return to King’s Landing brings more sorrow to Cersei, and Daenerys finds herself at the mercy of another Dothraki Khal — while Jorah and Daario search the countryside for her. In Dorne, the Sand Snakes make their move against the Martell dynasty.

Following the shocking developments at the conclusion of season five, including Jon Snow's bloody fate at the hands of Castle Black mutineers, Daenerys' near-demise at the fighting pits of Meereen, and Cersei's public humiliation in the streets of King's Landing, survivors from all parts of Westeros and Essos regroup to press forward, inexorably, towards their uncertain individual fates. Familiar faces will forge new alliances to bolster their strategic chances at survival, while new characters will emerge to challenge the balance of power in the east, west, north and south.

The Emmy(R)- and Golden Globe-winning GAME OF THRONES returns for its ten-episode sixth season SUNDAY, APRIL 24 (9:00-10:00 p.m. ET/PT**), exclusively on HBO, followed by other episodes on subsequent Sundays at the same time. Based on the bestselling fantasy book series by George R.R. Martin, the hit fantasy series chronicles an epic struggle for power in a vast and violent kingdom.