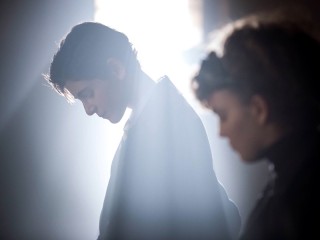 As young Bruce Wayne gets another year closer to the cape and cowl, FOX has renewed its fantasy crime drama Gotham for a third season.

The show is averaging around nine million total viewers across all platforms, airing in the lead-off position on Monday nights (8/7c).

“It takes a very special team to tell the tales of Gotham,” FOX Entertainment President David Madden said. “For the past two seasons, Bruno, Danny and John have masterfully honored the mythology of Gotham and brought it to life with depth, emotion and memorable high drama,” said Madden. “This incredibly talented cast has redefined these iconic characters for a new generation, and we couldn’t be more proud of this show.”

Based on characters from DC Comics, Gotham tells the story of the legendary city besieged by fantastic criminals, as Detective James Gordon (Ben McKenzie) fights what seems to be an impossible battle to clean up the streets. Donal Logue, David Mazouz, Sean Pertwee, Robin Lord Taylor, Morena Baccarin, and Camren Bicondova also star.