TNT’s alien invasion drama Falling Skies is back this week for another summer run — but for long-time fans of the series, it will be bittersweet. The new fifth season of the show (which stars Noah Wyle) will be its last. That means the story will be moving toward its final confrontation, as the 2nd Mass and the rest of the human resistance fight to expel the Espheni invaders from the Earth.

Also starting this Sunday, AMC has its first-ever entry into the realm of pure science fiction. An adaption of the Swedish series Real Humans, AMC’s Humans tells a tightly-knit story of a future where realistic androids called “synths” are marketed as household servants and companions.

Check it out when the new series premieres this weekend, and keep up with the 8-part series with our new show guide! 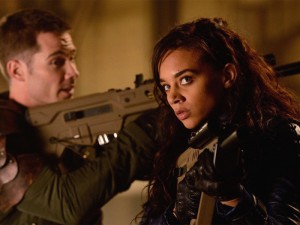 KILLJOYS
Syfy, 9/8c
“The Sugar Point Run.” A hostage exchange with a vengeful warlord turns deadly when the Killjoys find themselves stranded in ‘Sugar Point’ – a restricted, bombed-out city on Westerley overrun with dangerous gangs and scavengers.

DARK MATTER
Syfy, 10/9c
“Episode 103.” When the ship’s systems mysteriously drops out, suggestions of sabotage is abound, fueling the onboard paranoia. A perilous spacewalk is required to bring The Raza’s systems back online. Meanwhile, 5 makes a shocking discovery.
SUNDAY 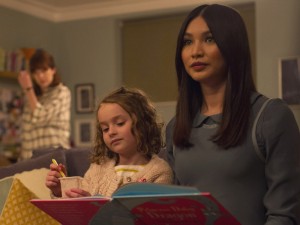 HUMANS
AMC, 9/8c – SERIES PREMIERE!
“Episode 1.” A couple buy a synthetic human or ‘synth’ to help around the house, but the new arrival threatens to expose their secrets. A retired engineer’s paternal relationship with his own synth is threatened by a malfunction, an android and his owner go on the run, and a detective grows suspicious of his wife’s close bond with her synth. 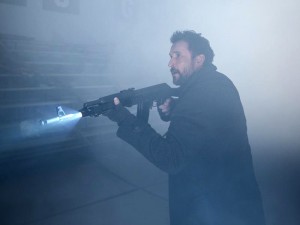 FALLING SKIES
TNT, 10/9c – SEASON PREMIERE!
“Find Your Warrior.” Tom’s life hangs in the balance as his Beamer drifts into space. While onboard the beamer, Tom encounters a surprising guest who urges him to find his inner warrior. Meanwhile, back on earth Anne reluctantly steps into Tom’s shoes to help lead the 2nd Mass in his absence.