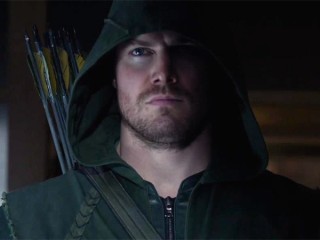 How are our favorite science fiction and fantasy shows performing in the ratings? At the start of each week we’re tracking the numbers for the previous week’s new episodes.

The CW enjoyed some noticeable bounce-back this week, with most of its genre shows enjoying double-digit gains. But the news isn’t so rosy for ABC, where both Once Upon A Time and Wonderland continue to shed viewers. Elsewhere, those shows that have been on the air a few weeks longer are seeing weekly changes that are a bit more stable.

Here are the ratings for the week of October 14:

Let’s start at the top of the pile: AMC’s The Walking Dead smashed records with its season premiere with over 16 million, a number that passed 20 million with Live + 3 data — the highest-rated, non-sports telecast in cable history. But do viewers like the change in direction and the mass of new characters? This week’s episode fell, though still remained in “monster” territory as the show’s second-highest hour.

Arrow was a winner with a rare gain for the second episode of its season, back up over 3 million for the first time since April 24 and gaining two tenths in the demo — its best performance among 18 to 49-year-olds since mid-February.

Finally, Once Wonderland has gone from bad to worse on Thursday night. Down 22 percent last week, ABC may be rethinking its plan for the night.