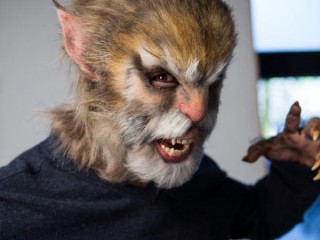 The upcoming sixth season of NBC’s Grimm will be the last for the fantasy-horror drama, the network has confirmed today.

After being bumped out of the fall season fans wondered whether time was running out for the monster drama set in Portland, Oregon. NBC renewed the show in the spring with a shortened, 13-episode order.

NBC promises that the final season will showcase the battle that fans have long been waiting for: Nick (David Giuntoli) versus Captain Reynard (Sasha Roiz):

As for events leading into the final season, the nefarious forces of Black Claw have been silenced and Nick (David Giuntoli) faces an all too familiar foe in Capt. Sean Renard (Sasha Roiz). Now in the seat of power as the mayor elect of Portland, Renard is poised to bring rise to his own brand of law and order. Nick must take a stand to protect his city and those closest to him, especially his child with Adalind (Claire Coffee). It will take the full force of Nick and his allies to find a way to bring the peace.

Meanwhile, Monroe (Silas Weir Mitchell) and Rosalee (Bree Turner) grapple with bringing a child into a new and tumultuous world, and Eve (Bitsie Tulloch) faces unsettling identity issues as her former self lurks below the surface.

Grimm was created by David Greenwalt & Jim Kouf and Stephen Carpenter, and gained a strong fan base after its premiere in 2011. The show debuted to 6.5 million viewers, and after NBC moved it to Friday nights Grimm proved a particularly reliable ratings performer. Seasons Three and Four hovered around the 5-million mark each week (Live + Same Day), though Season Five slipped a bit to about 4 million.

What do you think about Grimm’s cancellation? Sound off below!