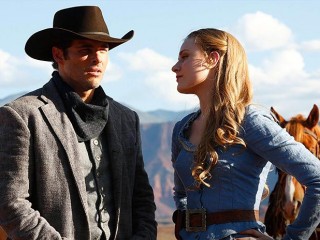 After multiple production delays HBO’s ambitious new genre series Westworld is finally on the books, with a premiere set for this October on the premium cable channel. We’ve only seen a 30-second tease up to this point, but today the network finally released a full trailer. Take a look below!

From Michael Crichton, Westworld is set in a futuristic theme park where patrons can live out their biggest and darkest fantasies — for the right price. But in this world of entertainment, blood, and sex, the Powers That Be come to suspect that their artificial life forms are developing real consciousness.

Westworld‘s first season will run 10 episodes. Stick with SciFi Stream for more on the series in the months ahead!