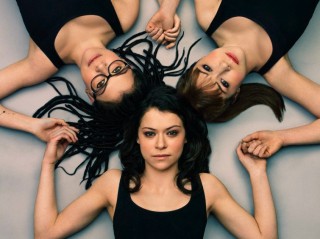 On the day of its fourth season finale (airing tonight at 10/9c) Orphan Black has picked up a renewal, with BBC America and Canada’s SPACE ordering a fifth season of the clone drama.

There’s a big catch, however: Season Five of Orphan Black will be its last.

The fifth season will be the standard length at 10 episodes, starring Tatiana Maslany in the multi-role of Sarah, Alison, Cosima, Helena, Rachel, Krystal, and other clones from Project Leda. She has been nominated for Emmy and Golden Globe awards, and won Canadian Screen and Critics Choice awards for her performance.

Smart, sexy, and clever, Orphan Black comes from executive producers and co-creators John Fawcett and Graeme Manson at Temple Street Productions. Since its premiere in 2013 the show has been a break-out hit for BBC America as it entered into original scripted dramas. 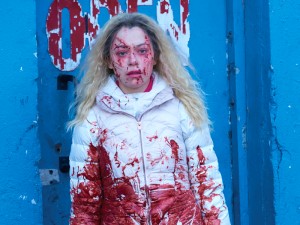 “We are excited to deliver an epic conclusion to the tale of Sarah and her clone sisters,” Fawcett and Manson said. “The past four seasons have been a phenomenal adventure and we are eternally grateful to our loyal fans who have loved the twists and thrills of our weird little show. We are thankful to our partners at Temple Street, and to BBC America and SPACE for their support and giving us the opportunity to end on a high.”

The series premiered to an estimated 684,000 viewers (Live + Same Day) and held around the half-million viewer mark for its first three seasons. But viewership has struggled this season, premiering to a series-low 229,000 viewers and failing to crest 300,000 live viewers to date.

BBC America’s next original scripted project is Dirk Gently’s Holistic Detective Agency, based on the book by Douglas Adams and starring Sam Barnett and Elijah Wood. The show is being written and produced by Stargate‘s Robert C. Cooper, and will premiere on October 22.

To keep up with Orphan Black head over to SciFi Stream’s show guide.