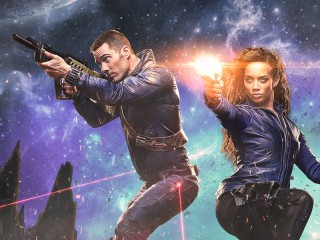 “Syfy Friday” is back! After years of putting up with wrestling on Friday nights (and our favorite shows shuffled off to more ratings-challenged time slots), Syfy Channel is officially returning to its 3-hour block of original scripted drama on Fridays. (Not that WWE Smackdown wasn’t also scripted…)

Following last week’s big premieres of Defiance and Dark Matter, this week newcomer Killjoys joins the line-up (9/8c). The series (airing simultaneously on SPACE in Canada) follows a trio of interstellar bounty hunters, who live by a single creed: “The warrant is all.”

Hannah John–Kamen stars as Dutch and Aaron Ashmore as John, Killjoys who take on a warrant issued for D’avin (Luke Macfarlane) — John’s estranged brother, who he hopes to save from death.

Ready for the return of Syfy Friday? Here’s your schedule for this week in sci-fi television: 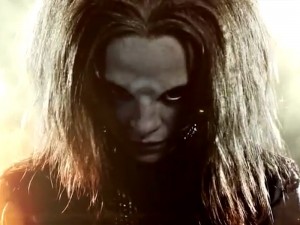 DEFIANCE
Syfy, 8/7c
“The Broken Bough.” Amanda negotiates with the Omec, a new alien race, for the future of Defiance; and the Tarrs return to find much changed and their loyalties tested between the humans, the Omec, and the Votanis Collective. Meanwhile, Nolan and Irisa encounter a survivor of Votanis Collective atrocities that can aid their first strike against Gen. Rahm Tak’s oncoming army. 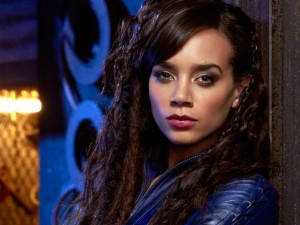 KILLJOYS
Syfy, 9/8c – SERIES PREMIERE!
“Bangarang.” Killjoys Dutch and John are in serious need of R&R after capturing a dangerous smuggler in the badlands of Westerley. But when a death warrant is posted for D’avin, John secretly takes the job to save his estranged brother. With a competing Killjoy also on the job, the team is in a race against time to clear D’avin’s name and their own. 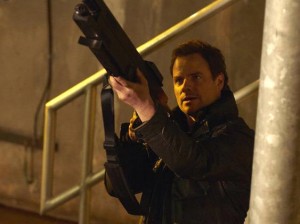 DARK MATTER
Syfy, 10/9c
“Pilot, Part 2.” As the crew comes to terms with a new revelation, they are faced with a dilemma: help the miners against insurmountable odds, or abandon them to certain death.
SATURDAY 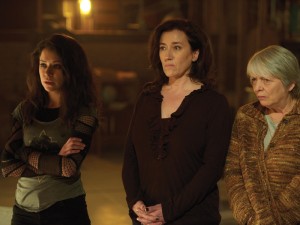 ORPHAN BLACK
BBC America, 9/8c – SEASON FINALE!
“History Yet to Be Written.” Castor and Topside force Sarah to make uneasy alliances. But there is some rest for the wicked, when Donnie gives Helena an unexpected ‘gift’, and the results of Alison’s candidacy finally come in. Even as team Leda takes a moment to breathe, change is afoot and a life hangs in the balance.