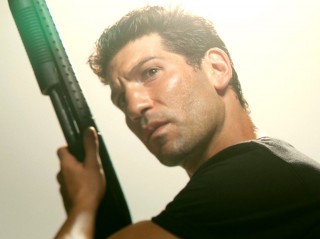 Actor Jon Bernthal has been cast in a key role in the second season of Marvel’s Daredevil, bowing on Netflix in 2016.

Bernthal (The Walking Dead, Mob City) will play Frank Castle, a.k.a. the Marvel anti-hero The Punisher. The popular character from Marvel Comics is a vigilante who vows to clean up the streets of Hell’s Kitchen by any means necessary — no matter how lethal the results.

That could put him at odds with Daredevil / Matt Murdock (Charlie Cox), who in the first season emerged as a protector of the streets — but who may have a moral compass that rules out killing.

“Jon Bernthal brings an unmatched intensity to every role he takes on, with a potent blend of power, motivation and vulnerability that will connect with audiences,” Jeph Loeb, Marvel’s Head of Television, said. “Castle’s appearance will bring dramatic changes to the world of Matt Murdock and nothing will be the same.” 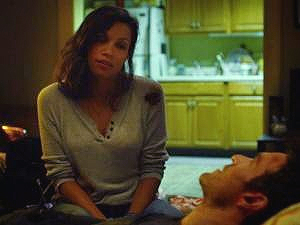 Rosario Dawson will also return in the second season of Marvel’s Daredevil.

Bernthal played Shane Walsh in the first two seasons of the AMC drama The Walking Dead.

Cox returns in Season Two along with co-stars Deborah Ann Woll (“Karen Page”) and Elden Henson (“Foggy Nelson”). Rosario Dawson (“Claire Temple”) will also return, with a new contract that will allow the actress to possibly turn up in Netflix’s other Marvel series, as well.

A.K.A. Jessica Jones is set for later this year, with Krysten Ritter (Don’t Trust the B—- in Apartment 23, Breaking Bad) in the lead role. Luke Cage will be streaming in 2016, starring Mike Colter; and Iron Fist and the team-up mini-series Defenders will follow later on down the road.