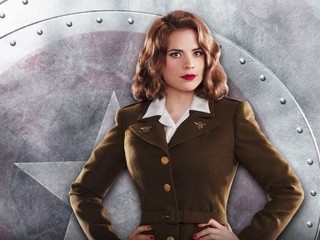 Peggy Carter is coming back next season, and she’s bringing the rest of the Strategic Homeland Intervention, Enforcement and Logistics Division with her.

ABC has renewed Agents of S.H.I.E.L.D. for a third season, set to return in the fall. (The 2-hour season finale airs this Tuesday night.) The show has been creatively strong in its second season, with an expanded cast of characters and the introduction of the Inhumans (who will be getting their own feature film in the Marvel cinematic universe in 2019) — including a radical transformation for Skye (Chloe Bennet).

Season Two debuted to just under 6 million viewers in September, and has held ground around 4.5 million.

Also returning next year is Agent Carter, the prequel series starring Hayley Atwell (Captain America: The First Avenger and The Winter Soldier). ratings were soft for the 8-episode series, which served as a bridge during S.H.I.E.L.D.‘s winter break. 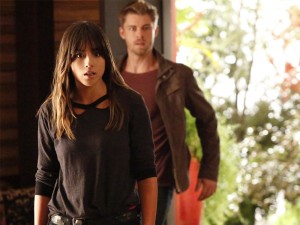 There’s no confirmation yet on whether the plan will be the same for the 2015-2016 broadcast season. ABC will announce its fall schedule on May 12.

Instead, it looks like the pair will be sticking with the mother show next season.