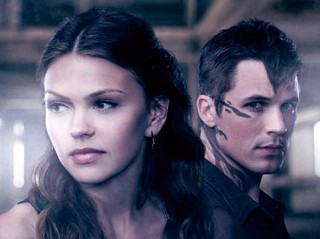 As if Arrow, The Vampire Diaries, The Originals, and The Tomorrow People weren’t enough to satisfy your sci-fi and fantasy cravings, the CW is bringing two more genre series to television early next year.

Today the network finally announced the premiere dates for Star-Crossed and The 100, set to begin at mid-season.

Star-Crossed will premiere on Monday, February 17 (8/7c). The alien-human romance story follows a group of aliens called the Atrians, who after arriving on Earth were immediately rounded up and isolated in their own colonies. Now, 10 years later, a group of Atrian teens are being integrated into a regular suburban high school. 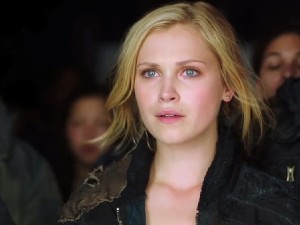 The 100 starts Wednesday, March 19 (9/8c). It tells the story of a group of juvenile delinquents sent back to Earth from an orbiting colony almost a century after the planet’s surface was rendered uninhabitable. As they seek to determine whether humans can come home again, these young men and women will encounter new terrors — and plenty of threats from within their own ranks.

The series will follow new episodes of Arrow on Wednesdays, with The Tomorrow People moving over to Mondays at 9/8c starting March 19. (At that point Beauty and the Beast will go on hiatus until a date yet to be announced.)

Learn more about both shows and keep up with the latest news in SciFi Stream’s Star-Crossed and The 100 show guides!