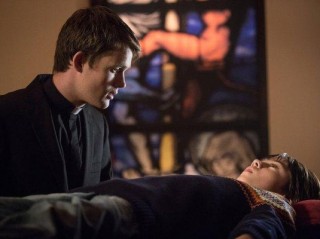 It’s that time of year when the new fall shows have pretty well stabilized in the ratings — at least those that have been airing for a couple of months. That means week-to-week most shows are fluctuating by less than 5 percent, i.e. ups and downs that are not all that statistically significant.

Many shows were still on hiatus last week, so our ratings stack is a bit shorter. With The Walking Dead off the air until February, Once Upon A Time has taken over the top spot in the genre.

Let’s get to the numbers for last week’s new episodes in science fiction and fantasy! 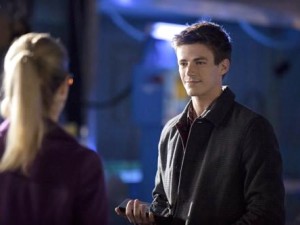 The introduction of Barry Allen — the future Flash — made for great ratings on Arrow last week. The 3.2 million viewers (Live + Same Day) was the most-watched episode since February and matched series highs among adults 18 to 34 and men 18 to 34, according to The CW. Barry (played by Grant Gustin) is back in this week’s episode, and will get his own pilot for a Flash spin-off series.

Once Upon A Time is heading into its mid-season finale by wrapping up the fall story arc, and it benefited a bit in the ratings for it. Grimm also took a big gain, giving NBC a very happy Friday night over the 6 million mark.

We have no data for Atlantis‘s third outing yet, as the viewing number is low enough that the reporting site does not regularly report it. Stay tuned for updates.