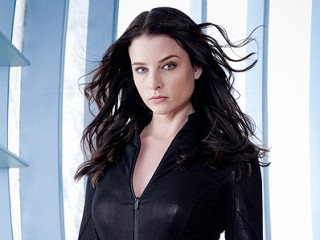 Kiera Cameron’s mission to save the future will continue for another year.

Showcase announced this week via its blog that it will bring back popular sci-fi series Continuum for a third season. The series stars Rachel Nichols as Cameron, a law enforcement agent from the year 2077 who is accidentally sent back in time with a group of violent terrorists bent on changing the future.

Season Two of Continuum is still airing Sunday nights on the Canadian cable network, currently at the mid-point of a 13-episode season.  There’s no word yet on the number of episodes ordered for next year.

The new second season starts this Friday at 10/9c on Syfy Channel in the U.S.

Season Three will air on Showcase in 2014.  Syfy is likely to wait until late this summer, after most or all of the season has aired in the States, before it announces whether it will pick up the rights to the show’s third year.