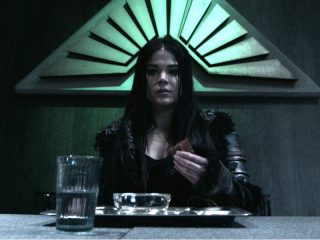 After learning that Clarke may have betrayed Wonkru’s plan to McCreary, Echo leads a mission to sabotage an ambush of their friends. As Abby fights through withdrawal she remembers the impossible choice that the people inside the bunker had to make in order to survive.

As Clarke (Eliza Taylor) races to save Abby (Paige Turco), she learns more about the trials and tribulations Wonkru faced in the bunker, and the impossible decisions they were forced to make in the dark year.