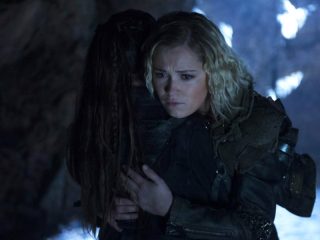 Wonkru marches on the valley only to fall victim to a bloody ambush, leaving Octavia and Bellamy pinned down. Meanwhile McCreary plans a final assault, and Clarke goes to extreme lengths to protect Madi’s life.

In part one of the fifth season finale, Octavia (Marie Avgeropoulos) leads her people into war. While behind enemy lines, our heroes must overcome their differences to save Wonkru from extinction.