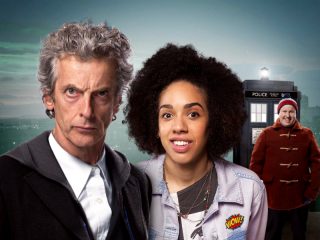 Curse the BBC for making us wait an extra 7 months, but the season premiere of Doctor Who is finally just around the corner.

Check out the 1-minute teaser trailer below.

The tenth season of the modern-day series premieres Saturday, April 15 on BBC in the U.K. and on BBC America here in the States (9/8c). State-side it will be followed by the series premiere of the spin-off Class (featuring guest star Peter Capaldi as the Doctor), which aired in the United Kingdom last fall.

Joining Capaldi in the TARDIS this season is Pearl Mackie as new companion Bill and Matt Lucas as Nardole, who has appeared in the last two Christmas specials.

Capaldi announced in January that this will be his last season in the role. He will appear in all 12 episodes plus the 2017 Christmas special, when fans will meet the next — and still to be cast — Doctor.

The actor first took on the role in 2014, with Season Eight. 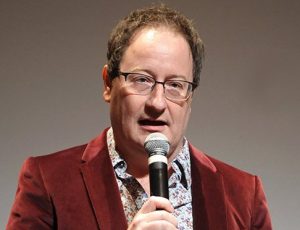 It’s also the final season for executive producer and head writer Steven Moffat, who took over from Russell T Davies when Matt Smith entered the TARDIS in Season Five. Season 11 will be helmed by Chris Chibnall (Broadchurch), who has written five episodes of Doctor Who to date including “42,” “The Hungry Earth,” and “The Power of Three.”

Filming on Season 11 starts early next year, with a hopeful debut in the fall of 2018.

Keep up with Season 10 of Doctor Who all season long with SciFi Stream’s always growing episode guide! You can talk about the show every week over at our Doctor Who forum on GateWorld.