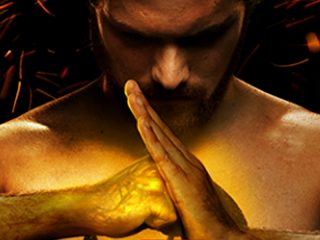 The newest full-length trailer has arrived for Marvel’s Iron Fist, the newest series leading up to the Netflix crossover event The Defenders. Check it out below.

Based on the comic book Iron Fist follows Danny Rand, who lost his parents when the family crashed in the Himalayan mountains when he was a young boy. The sole survivor of the crash, he was rescued and trained in the martial arts by the warriors of K’un L’un. Now, Danny returns to New York City to take his rightful place at the head of his parents’ company, Rand Enterprises.

The super-powered fighter wields the mythical power of the Iron Fist, which allows him to focus his chi to power his punches. The character first appeared in 1974.

Finn Jones (Game of Thrones) plays the character in the new Marvel series, which arrives on Friday, March 17 (12:01 a.m. PST).

Daredevil is expected to return with its third season in 2018, followed at some point by Season Two of Jessica Jones. Follow-ups for the other characters have not yet been announced. The Punisher (starring Jon Bernthal) also debuts this year.