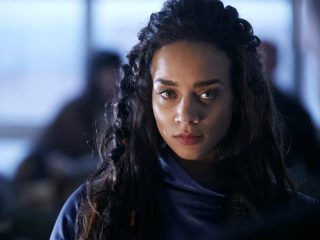 Killjoys is back and it’s as bold as ever, as Dutch, John, and D’avin take on warrants and try to make their corner of the galaxy a little bit better. Season Two is airing now on Syfy Channel.

After rescuing one of their own from Arkyn in this week’s episode the crew returns to Westerley, where they chase a group of escaped convicts in a newly isolated Old Town.

Also this week: 12 Monkeys may be on a break for the 4th of July holiday, but Dark Matter rolls on as the crew plot their escape from the Hyperion-8 maximum security prison. 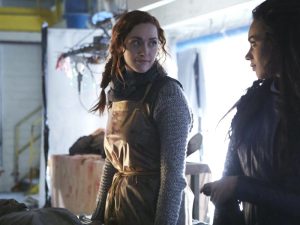 KILLJOYS
Syfy, 9/8c
“Wild, Wild Westerley.” With D’avin back on the team, the Killjoys return to the ruins of Old Town to hunt eight escaped convicts but soon discover their most dangerous nemesis is the company fixer who issued the warrant. 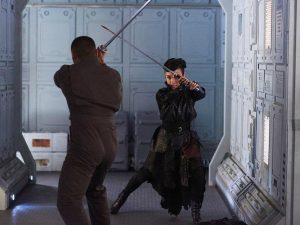 DARK MATTER
Syfy, 10/9c
“Kill Them All.” Imprisoned in Hyperion-8, the crew must negotiate attempted assassinations, extraditions, and behind-the-scenes machinations as they plot their escape.