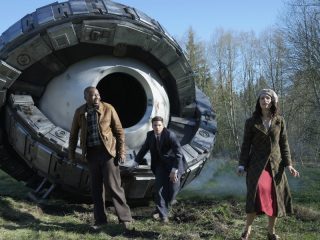 While the five U.S. broadcast networks renewed the large majority of their science fiction and fantasy shows this year, the pick-ups for new genre pilots was a little slimmer than in recent memory.

The popular theme this year is time travel, with ABC and NBC both giving the green light to timey-wimey dramas (and FOX ordering a time travel comedy). One has people from the past traveling to the present, and the other present-day heroes going back to the past.

CBS shuffled off Supergirl to The CW and is currently shopping Limitless to other outlets, and it isn’t replacing these shows with anything genre-related. But The CW continues to dominate the broadcast world in the genre — with new sci-fi drama Frequency added to its vampire dramas, a new season of The 100, plus DC Comics four nights a week!

Take a look at the full line-up below, and stay tuned for more on the new series between now and the start of the 2016-2017 season! 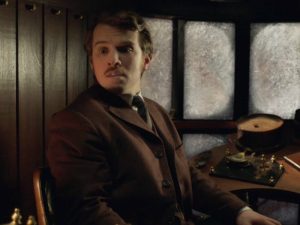 Based on the novel by Karl Alexander, Time After Time is a cat-and-mouse game played out by the murderous Jack the Ripper (Josh Bowman) and famed science fiction author H.G. Wells (Freddie Stroma). After Wells’ remarkable real-world time machine is hijacked by London’s most notorious serial killer, Wells must travel to modern-day New York City in pursuit. There he finds a world he never thought possible, and a captivating young woman (Genesis Rodriguez).

FOX
FOX doesn’t have any new science fiction or fantasy dramas to add to our list next season. In the horror genre you’ll find The Exorcist Friday nights at 9/8c. And the time-travel comedy Making History, from The Last Man on Earth creators Phil Lord and Chris Miller, looks like it’s worth a watch!
NBC 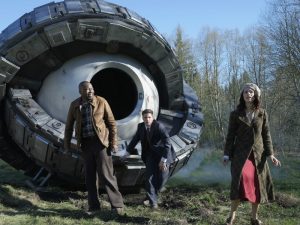 A high-concept science fiction drama in a prime time slot (after The Voice), Timeless is perhaps the highest-profile new genre show on the fall schedule — capturing something of the vibe of Rewind, the time-travel pilot that Syfy passed on last year. Abigail Spencer is Lucy Preston, member of a 3-person team who must travel back in time to stop a criminal from their time before he alters the course of history. “While they must make every effort not to affect the past themselves, they must also stay one step ahead of this dangerous fugitive.”

The show comes from Eric Kripke (Revolution) and the producers of The Blacklist, one of NBC’s biggest hits in recent years. This is definitely one to watch (and we’ll be giving it the full show guide treatment here at SciFi Stream). 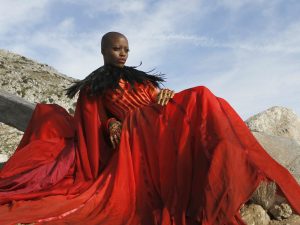 It’s a bold new vision of the classic Wizard of Oz tale, in the works as a limited event series for a couple of years now at the peacock network. As NBC describes it: “In the blink of a tornado’s eye, 20-year-old Dorothy Gale and a K9 police dog are swept into a world far removed from our own — a mystical land of competing realms, lethal warriors, dark magic and a bloody battle for supremacy.” Vincent D’Onofrio (Daredevil) stars as the Wizard. 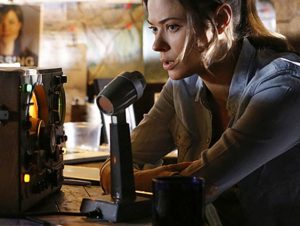 Peyton List (The Tomorrow People, The Flash) stars in this remake of the 2000 feature film that starred Jim Caviezel and Dennis Quaid. List plays a police detective who discovers that she is able to speak via a ham radio with her father (Riley Smith) — whose died in 1996. The two forge a new relationship while working together on an unresolved murder case, but unintended consequences of the “butterfly effect” wreak havoc in the present day.

(If you don’t mind having pretty much the whole pilot spoiled, there’s also a 4 and a half-minute first-look video.) 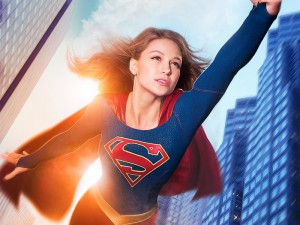 It’s not a new show, but Supergirl will fly to The CW this fall and join the rest of the Greg Berlanti-produced DC shows. That promises more cross-over events with Kara — once, that is, the writers decide how to allow characters to cross back and forth between her Earth and Earth-1 with relative ease. But for now, the move is enough to warrant a teaser video with footage from this season (and also a longer CW superheroes video):

Which new genre shows will you be trying out?