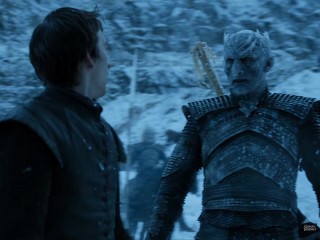 After months of waiting and plenty of teasers in recent weeks, HBO has finally dropped the full-length trailer for Season Six of Game of Thrones. Take a look below.

Is Jon Snow coming back? Actor Kit Harington is not among the cast list released by HBO, but there is some wiggle room in the language that the network is using: “Among the returning members of the ensemble cast are Emmy(R) and Golden Globe winner Peter Dinklage, Lena Headey, Emilia Clarke, Nikolaj Coster-Waldau, Alfie Allen, Diana Rigg, Natalie Dormer, Sophie Turner, Maisie Williams, John Bradley, Isaac Hempstead Wright, Conleth Hill, Jonathan Pryce and Gwendoline Christie. David Benioff and D.B. Weiss created the series and serve as executive producers.”

This list of names is “among” … but maybe not the complete and total list of the cast. Fans have long speculated that Harington will be back on the show, despite Jon’s death at the end of Season Five. 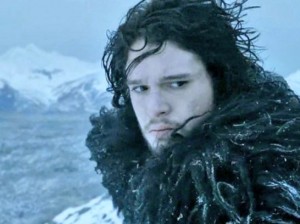 The actor has confessed to shooting some scenes “being dead” (look at that last shot of the trailer, in addition to the somber opening), but insists that he’s not a part of the new series. HBO, meanwhile, has decided not to distribute any press screeners to the media in order to keep a lid on what’s to come as the show enters its sixth year.

The series has been projected out to an 8-year run, which means Benioff and Weiss will finish telling their version of Thrones‘ ending long before author George R.R. Martin releases the seventh and final volume of A Song of Ice and Fire. (Book Six, The Winds of Winter, sounds like it is nearly finished and could arrive as early as this year.)

Game of Thrones premieres Sunday, April 24 (9/8c) on HBO, with another 10-episode season. Keep up all season long with SciFi Stream’s Game of Thrones show guide!