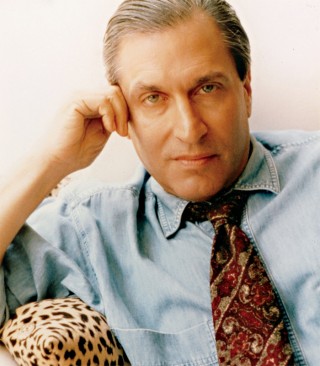 He’ll serve as a writer and executive producer on the new show, which will premiere on CBS early next year before settling into its regular venue on the network’s digital subscription platform, CBS All Access.

Fans of the “Even numbered Trek films don’t suck” theorem will notice a pattern there. Meyer has been credited with helping to turn around the feature film franchise after the lackluster and esoteric start that was Star Trek: The Motion Picture.

“Nicholas Meyer chased Kirk and Khan ’round the Mutara Nebula and ’round Genesis’ flames, he saved the whales with the Enterprise and its crew, and waged war and peace between Klingons and the Federation,” Fuller said. “We are thrilled to announce that one of Star Trek‘s greatest storytellers will be boldly returning as Nicholas Meyer beams aboard the new Trek writing staff.”

The 70-year-old producer knows his Trek, though he doesn’t have a whole lot of television writing credits to his name. He has recently contributed to the internationally produced crime drama Crossing Lines, and to the History Channel mini-series Houdini, according to IMDb.

Stick with SciFi Stream for more on the new Star Trek series in the weeks ahead, and revisit the entire franchise with our expansive Trek episode guides!