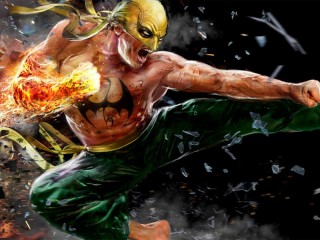 Marvel and Netflix have found their Danny Rand, casting actor Finn Jones in the lead role for the upcoming series Iron Fist.

Jones is best known for his ongoing role as Loras Tyrell, the “Knight of Flowers,” on HBO’s Game of Thrones.

The 27-year-old British actor has credits also including the U.K. series Hollyoaks and Doctor Who spin-off The Sarah Jane Adventures.

In the comics Daniel Rand is the son of wealthy parents who, after a series of tragic events, finds himself taken in by the leader of the lost mystical city of K’un-L’un — where he learns advanced martial arts and the mystical power of the Iron Fist. As an adult, Rand returns to New York City to begin his superhero career. 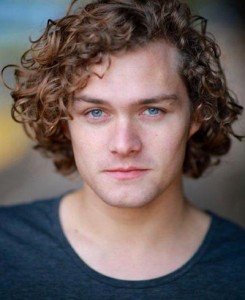 Casting for the role over the last few months has been somewhat controversial, with many calling for an Asian actor in the lead role to subvert the white-washing of the character’s introduction in the 1970s (a time when many white actors were being cast in Asian roles). Others have responded that the character of Daniel Rand is himself white, and casting an Asian as the Defenders’ martial arts expert would only play into ethnic stereotypes.

Iron Fist is the fourth of Netflix’s planned Marvel build-up, following Daredevil, Jessica Jones, and Luke Cage. The character is the most “mystical” of the bunch in terms of his powers, and the final piece of the puzzle before we get the Defenders team-up mini-series.

With casting now taking place and Luke Cage eyeing a 2016 bow, Iron Fist is likely to debut in 2017. Scott Buck (Dexter) has been hired as showrunner.

Next up for Marvel on Netflix is Season Two of Daredevil, which premieres March 18. Jessica Jones has also been renewed for a second season.