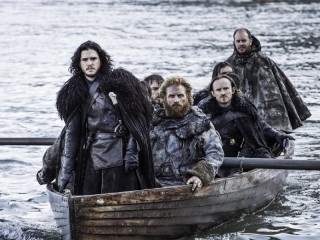 Game of Thrones is nearing the start of its sixth season, and now we finally know just when the show will make its much-anticipated season premiere: Sunday, April 24.

Somewhat controversially, Season Six will pass George R.R. Martin’s books with respect to many storylines. Fans are anticipating the release of Book 6 — The Winds of Winter — but Martin confirmed this week that the novel won’t be available before Season Six of the show premieres.

Game of Thrones is riding high on a stellar fifth season in 2015, including record ratings for the fifth season finale and a record-breaking 12 Emmy wins — among them Best Drama Series.

HBO is currently in talks with the producers for both a seventh and eighth season of the show, according to Deadline, and executives hope to convince David Benioff and Dan Weiss possibly to take the series further.

Perhaps the most pressing question: Will Jon Snow live or die?